When we set out to build Sourcetable, it was obvious that we were standing on the shoulders of giants. So on this October 17 — #spreadsheetday — we celebrate the work of Ada Lovelace, Dan Bricklin, Bob Frankston, Jonathan Sachs, Mitch Kapor, Steve Jobs, Bill Gates, Larry Ellison, Jonathan Rochelle, Farzad Khosrowshahi, and many (many) others, whose tireless work created the great applications that helped build the modern world.

For the curious among you, here's a quick writeup on the history of spreadsheets, and their future:

For at least 6,000 years, humans have been using forms of spreadsheets to tabulate credits, debts and trade. These clay tablets feature the earliest written records — well before poetry or prose — and provide historical insight into the role early spreadsheets played in shaping human society and thought. If you needed to run a granary, a trade route, or an empire, then you needed a spreadsheet. Indeed, spreadsheets were as central a tool to shaping Neolithic society as language, fire and agriculture.

Unsurprisingly, as a universal thinking aide, spreadsheets are as core to scientific literature, engineering, biology and education as they are to credit and trade — or as Wu-Tang Clan might have put it, “spreadsheets rule everything around me”.

💻 Skipping ahead to age of computers, spreadsheets are the killer app that have exposed over 1 billion people to code, not to mention completely revolutionizing how we do business and analytical thinking today.

Just imagine: back in 1979, you might have been a financial analyst guiding a firm on where it should place its bets. A large sheet of graph paper lay across the table before you with every fact, figure and formula output that you could bring to bear. Someone on your team points out an error that requires a tweak to the underlying formula or information. What do you do? Well you erase all the previous figures and re-input them by hand, of course! The bigger the spreadsheet, the more cells you had to re-write (again, by hand). This was how work got done!! 😱... Then Dan Bricklin and Bob Frankston came along with VisiCalc: an electronic spreadsheet that non-programmers could use.

Described by Ted Nelson, “VISICALC represented a new idea of a way to use a computer and a new way of thinking about the world.” Now you could input all your data onto a computer, and if you changed any part of the model everything would update, automatically! If were that financial analyst, you were immediately begging your boss to approve the purchase of a computer (no trivial expense) just so you could run the magical VisiCalc. Immediately after that, you were asking for another expense approval to increase the system memory from 32KB to 64KB just so you can analyze even more data for the firm.

Unsurprisingly, the spreadsheet revolution wasn’t just limited to finance and accounting; thus began the atmospheric rise of the personal computer, and the transformation of every industry into the world we have today.

Released for the Apple II in 1979, VisiCalc also fired the starting gun for some epic software wars featuring heavy hitters of technology history. Four years after VisiCalc, Jonathan Sachs and Mitch Kapor launched Lotus 1-2-3 for the PC, crushing VisiCalc and leading to over a decade of dominance as the electronic spreadsheet of choice. Like VisiCalc, Lotus 1-2-3 had a preference for A1 notation, but extended the spreadsheet further with easy to use macros, visualizations and database functionality.

Not to be outdone, Bill Gates’ Microsoft released Excel in 1985, and through a combination of better features, distribution and chicanery, iterated its way to success and market dominance by the mid-90s. More generally known for its power and depth of features, important innovations worth calling out include R1C1 (for the fastidious among you) and VBA (for the developers). Without exaggeration, Excel is one of the key reasons Windows and PCs dominated computing, and continues to dominate usage today. Thus is the importance of spreadsheets to the information economy and the technology industry writ large.

Then came the web: a new computing paradigm which again disrupted everything. Excel, too-long a cartel of PC aficionados, was slow to capitalize on client-side Javascript. This left the door open for your friendly neighborhood not-so-evil company, Google, to again re-orient the map with the release of Google Sheets in 2006. As one of the first mainstream web applications, Sheets was a breath of fresh air. All of a sudden, you could collaborate in real-time — resting asunder the loop of checking-in and checking-out versioned files (the literal bane of my existence as a one-time Document Management employee at Australia’s largest merchant bank). Even better, you could see what others were doing in a spreadsheet, take remote meetings, and as a fait accompli, developers could now write apps and scripts in Javascript instead of VBA. This significantly expanded the technical spreadsheet audience from advanced Excel users to all web developers.

It is difficult to emphasize how big an impact Google Sheets had not just on the spreadsheet ecosystem, but on application development itself; Sheets (alongside Docs and Gmail) gave confidence and credibility to “the web” as an application platform, unlocking a wave of technology innovation that we all take for granted today. With the bulk of today's youth, and 300+ million users, Google Sheets has been a remarkable success, although it is starting to show its age as technology continues to evolve.

Which brings us to today. We have over 45 years of thinking and tinkering and innovation with electronic spreadsheets, as well as thousands of years of reliance on their atomic forebears. They are one of the most used thinking tools on the planet, and transform or touch nearly every aspect of our lives. As the arc of innovation continues to march forwards, we must ask ourselves: “what comes next?”

At Sourcetable, we're building a networked spreadsheet for the next billion users (we’re hiring, btw). We certainly think we've figured out what comes next, but whether we're right or wrong, there are some tectonic forces that will inevitably shape the future. Here are some of the questions worth thinking about when thinking about the future of spreadsheets:

Regardless of the disruptions that are sure to come, the historical record shows that in one form or another, spreadsheets are sure to stick around as a primary thinking tool used by humans for eons to come. 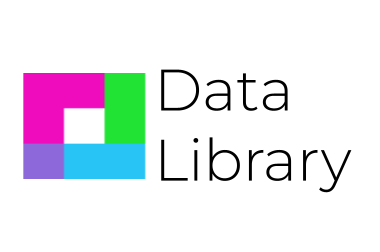 Running a business can be stressful and managing costs even more so. One way to help understand your business is to have a report with the top products, product SKUs, and product names, per month. Sourcetable’s online spreadsheets are a great way to easily create a report.